How the Neighborhood Impacts a Home’s Value 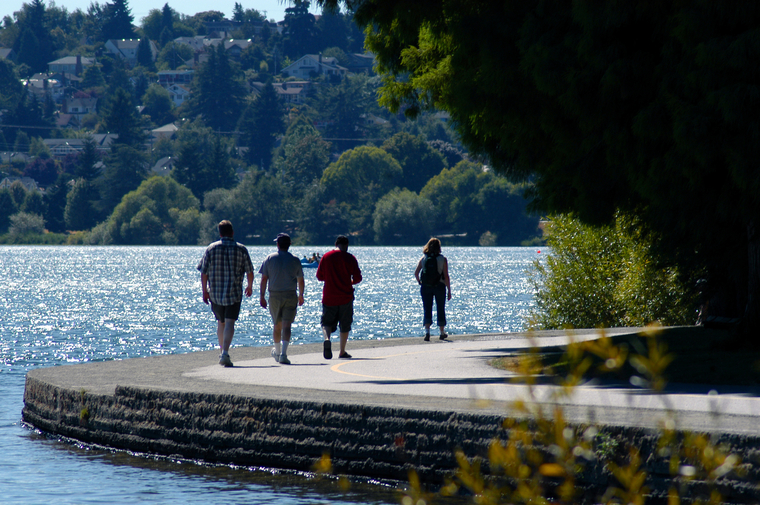 Whether you’re buying or selling, accurately pricing a home requires professional assistance from someone who knows the neighborhood.

The “estimated” home prices you see posted online can be off by tens of thousands of dollars—not because they are dishonest, but because the computer programs generating these guesstimates don’t take into account the current condition of a house, the amenities that are included, the qualities of the surrounding neighborhood, and so much more.

A real estate agent’s appraisal will not only consider the selling prices of surrounding properties, as the online services do, but also take into consideration a host of other criteria. For instance, when it comes to assessing the surrounding neighborhood, the following factors can often significantly affect the market price of a home:

The quality of neighborhood schools has a dramatic impact on home price, whether buyers have school-age children or not. In the most recent study on the subject, researchers from the Federal Reserve Bank of St. Louis found that above-average public schools (those with math scores 4.6 percent better than the average) increased the value of nearby homes by 11 percent (or an average of $16,000) in the St. Louis area.

A park within walking distance

Parks are so important to families today that simply having one within a quarter mile can increase the value of a house by 10 percent, according to a new study from the University of Pennsylvania’s Wharton School.

The impact that retail areas have on home values depends on the type of community. According to a study recently released by the Massachusetts Institute of Technology, homes in urban areas sell for six percent to eight percent more than average if they’re within a quarter mile of a retail cluster (shops and restaurants). However, in suburban communities, it’s the homes that are a mile from any retail centers that sell for the most (homes located closer than that actually sell for eight percent less than average).

Because we’re a car-oriented society, most people are willing to pay more to live within a couple miles of an on-ramp to a major highway or freeway, which saves gas and speeds commute times. However, if the home is located too close (within a half mile of the freeway), the associated noise and air pollution can push the price in the opposite direction.

Vacant lots in the vicinity

Being surrounded by vacant land can be a good thing in rural areas, but it’s usually a negative for urban homeowners. A recent Wharton School study found that higher concentrations of unmanaged vacant lots in an urban neighborhood drag down the values for surrounding homes by an average of 18 percent.

Proximity to nuisances and environmental hazards

Two recent studies (one from an Arizona assessor’s office, the other by the University of California Berkeley) show that homes located near a landfill or power plant usually sell for four to 10 percent less than more distant homes. The same can usually be said for homes located too close to manufacturing facilities—especially those that make lots of noise or produces noxious odors.

According to a recent study by the Massachusetts Institute of Technology, the value of a home decreases by one percent for every foreclosed home within 250 feet of it. Why? The lower sales prices of foreclosed homes can quickly drag down the neighborhood’s comparable prices. Plus, the owners of these properties usually don’t have the money or interest in maintaining them after they go into foreclosure, which can create an eyesore for all the other homes in the vicinity.

Are there more owners than renters living in the neighborhood? If so, property values are usually better than average. Homeowners tend to take better care of their property than renters or landlords, which improves the curb-appeal for the whole community.

Home sellers can use these factors to justify a higher asking price. Buyers can use them to try and negotiate something lower. However, when it comes to attaching specific dollar amounts, that is something best left to your real estate agent, an objective professional with a deep understanding of the local market.

Related Articles
Articles Western Washington Real Estate Market Update 2018 Q1   The following analysis of the Western Washington real estate market is provided by Windermere Real Estate Chief Economist Matthew Gardner. We hope that this information may assist you with making better-informed real estate decisions. For further information about the housing market in your area, please don’t hesitate to contact me.   ECONOMIC OVERVIEW The […]
Articles Seattle Magazine Feature 3 Reasons to Check Out Orcas Island’s Burgeoning Wine Scene Private label Pét-Nat and irreverent wine temples lay just 100 miles north of Seattle. Orcas Island has always drawn visitors with its monumental views, lush parks, and utterly relaxing island vibe. Now, with new wine bars, tasting menus, and sommelier services, the ever-growing food and […]
Articles Western Washington Real Estate Market Update Q4 2017   ECONOMIC OVERVIEW The Washington State economy added 104,600 new jobs over the past 12 months. This impressive growth rate of 3.1% is well above the national rate of 1.4%. Interestingly, the slowdown we saw through most of the second half of the year reversed in the fall, and we actually saw more robust employment […]